Her Majesty's Government of Gibraltar can now confirm, after having received the results of comprehensive laboratory testing, that the Very Large Crude Carrier, the Grace 1, which was detained in the early hours of Thursday morning, is loaded to capacity with crude oil.

The results of these tests conclusively prove and confirm the information disseminated last week by the Gibraltar Government and contradict the statements of some commentators from outside the jurisdiction who had speculated that the cargo on the vessel was not crude.

The Grace 1 was detained last week in Gibraltar when it freely navigated into British Gibraltar Territorial Waters to a point two miles off the Eastside of Gibraltar, having previously exited the international waters of the Straits of Gibraltar, on a pre-arranged call for provisions and spare parts.

The Grace 1's position well inside BGTW when boarded can clearly be seen on the attached screenshot.  The ship remains detained in that area.

The detention of the vessel relates to the suspected destination of the cargo, the Banyas refinery in Syria, which is owned by a company, the Banyas Oil Refinery Company.  This company is the subject of European Union sanctions under EU Regulation 36/2012, which is directly applicable in Gibraltar.

The investigations of the Royal Gibraltar Police continue and the vessel remains detained under an Order of the Chief Justice of the Supreme Court of Gibraltar. 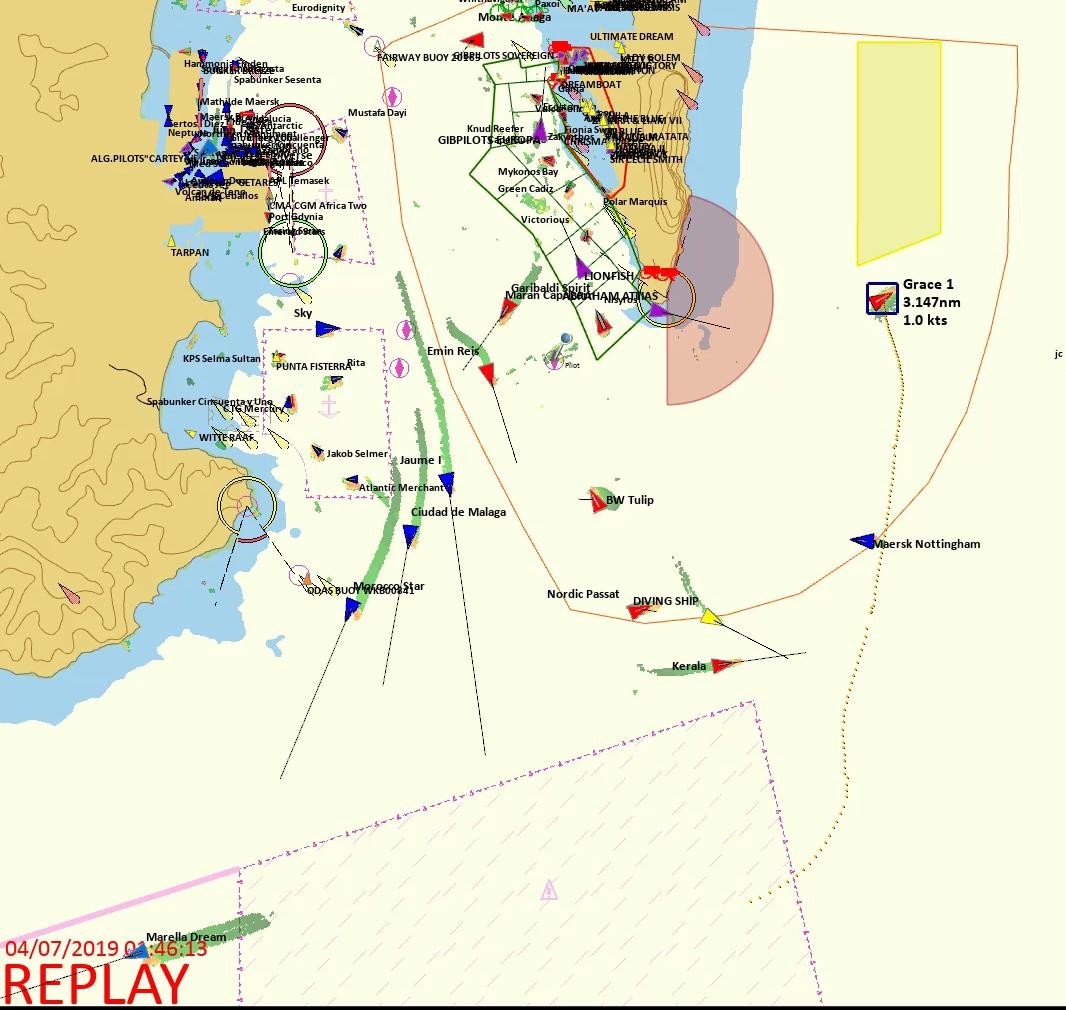