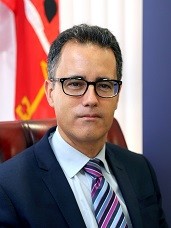 Deputy Chief Minister, is the Minister with responsibilty for work related to Gibraltar's EU departure.

In November, the European Union and the United Kingdom concluded the terms of an agreement for the orderly departure of the UK from the European Union. Gibraltar was part of that agreement. The Withdrawal Agreement includes a transitional phase until the end of 2020, which also covers Gibraltar.

This agreement is subject to ratification by the UK Parliament and by the European Parliament.

In the meantime, planning continues for the eventuality that the UK and Gibraltar leave the European Union without this agreement.

HM Government of Gibraltar has publicised all pertinent documentation on the matter and in this portal you will find all relevant documents from the withdrawal agreement to the protocols, MOU’s, technical notices and an array of other documents, relevant statements and press releases.

Advice Booklet - Preparing for a No Deal Brexit: Get Ready

This booklet contains information which will help you to plan for a No Deal Brexit.

Click here to read or download an electronic copy: Preparing for a No Deal Brexit - Get Ready

Hard copies of this booklet will be distributed to households and are also available at the Brexit information office at 323 Main Street.

Technical Notices in the Event of No Deal

Getting Ready for the End of the Transition Period

The Foreign and Commonwealth Office of the UK Government has published official information that British people moving to or living in Spain need to know, including guidance on Brexit, residency, passports and healthcare.

This information can be accessed here: https://www.gov.uk/guidance/living-in-spain