The announcement is the latest in a series of developments that bears the fruit of HMGoG’s vision and hard work in securing a tax treaty with the Kingdom of Spain and Gibraltar’s recent announcement that the OECD, a club of mostly rich countries, has welcomed and agreed to Gibraltar becoming a full member of the Inclusive Framework on Base Erosion Profit Shifting (BEPS). Steps such as these maintain Gibraltar’s commitment to international standards of tax transparency and cooperation. Once concluded, the agreement will bolster Gibraltar's unimpeachable reputation as a robust and reputable financial centre. Importantly, the deal will also position Gibraltar’s offering on an equal footing with competing jurisdictions that currently enjoy the benefit of a double tax agreement with the UK.

Commenting on the press release and the Exchequer Secretary’s visit the Chief Minister of Her Majesty’s Government of Gibraltar, Fabian Picardo QC, stated “I am delighted to be able to welcome Robert Jenrick, the Exchequer Secretary to Her Majesty’s Treasury to Gibraltar on this important occasion. Robert has long been a friend of Gibraltar, attending our Gib Day in London events and it is a pleasure to see him on the Rock.  Bilateral double-taxation agreements remove barriers to international trade and investment and provide a clear and fair framework for taxing businesses that trade between us.  By entering into such agreements they benefit business and the economies of the jurisdictions concerned. They are positive agreements that should be welcomed by the community and in particular by service providers, clients and prospective clients within our financial services industries. Once concluded, the agreement is one that would invaluably strengthen our stability at this critical juncture when we expect to leave the EU with the United Kingdom. This announcement is the fruition of years of hard work and one that must not be overlooked. The strategy in pursing these key financial-service driven milestones is one that has been prudently mapped out with the aim of positioning Gibraltar with the best territories in terms of transparency, tax information exchange and compliance.

As a jurisdiction, we continue to grow from strength to strength, further developing our commercial relationship with the United Kingdom and widening our offering as a finance centre. Gibraltar has striven to lead by example, upholding its reputation for implementing the gold standard across all financial services industries and in everything else that we do. As we see, this is part of HMGoG’s continued drive to remain competitive and underpin our future economic success, the best of which is yet to come. As another product of Gibraltar’s participation in the Joint Ministerial Council meetings, the Brexit process has put Gibraltar in an ever stronger relationship with the United Kingdom. This partnership gives us and the international businesses here the certainty that they need ahead of 31 October 2019 and beyond. As Gibraltar’s relationship with the United Kingdom continues to mature, it is our people and our businesses that reap the rewards. Indeed The Association of Trust and Company Managers and the Finance Centre in general have been calling for a double tax agreement with the UK for some time now; we are proud to be the Government that has procured its delivery.”

Robert Jenrick, Exchequer Secretary to Her Majesty’s Treasury, commented: “Gibraltar has a special place within the UK family. That’s why I’ve come here today, to start discussions on a bespoke tax agreement between us to promote trade and investment, and help tackle tax avoidance.”

“This makes it crucial that as we leave the EU and move into the next chapter together, we make sure we take the steps necessary to keep that relationship strong. 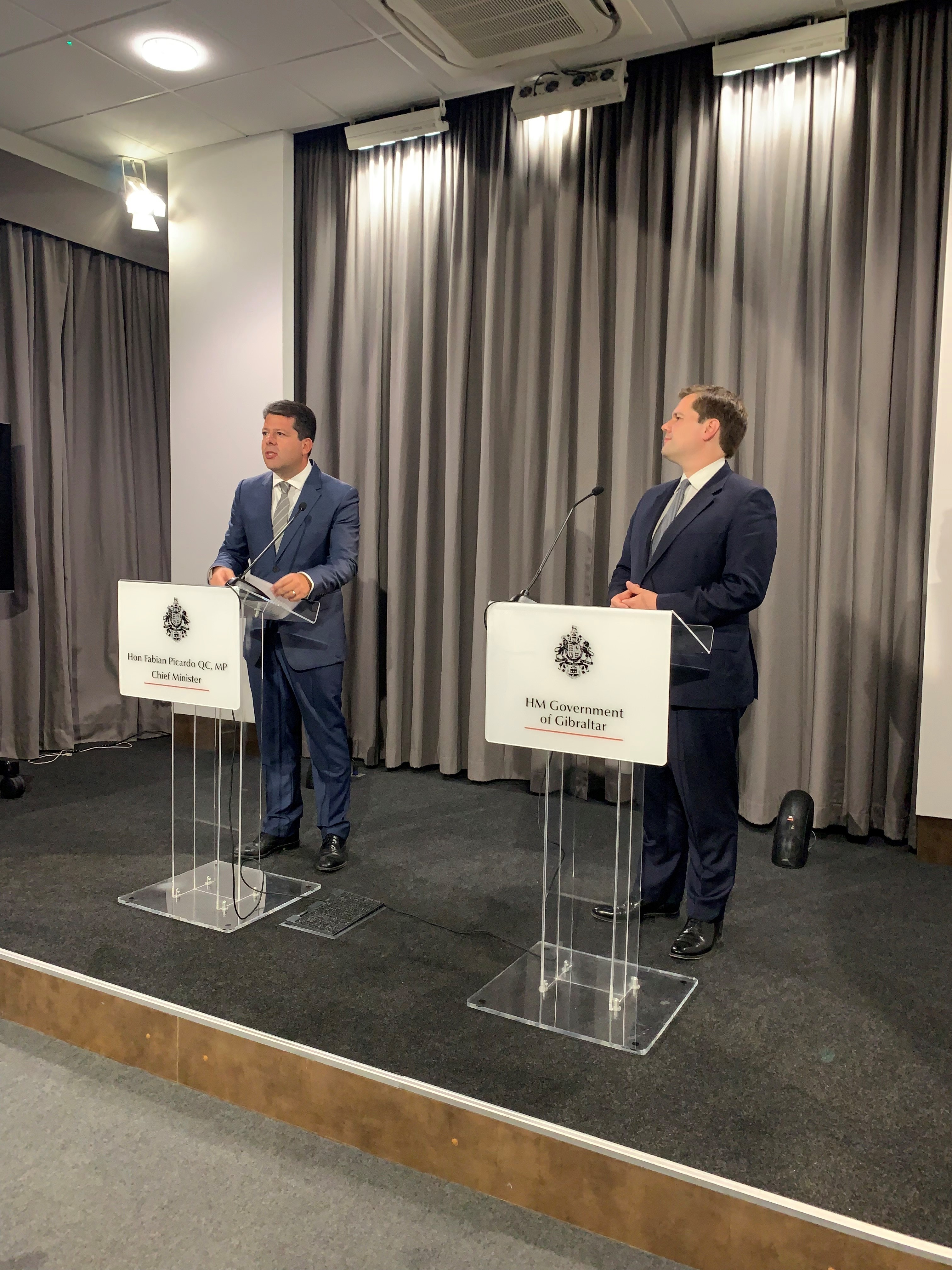